We’ve been pretty lucky these past 5 years or so cartoon-wise; we had the pleasure to watch shows like Adventure Time, Sym-Bionic Titan (remember that? No? Go watch it), Gravity Falls, Teenage Mutant Ninja Turtles (the 2012 version), Bravest Warriors, the Legend of Korra, etc. I’m not even talking about the stuff intended for a more… let’s say mature audience, like Rick and Morty or Archer for exemple. And even though sometimes we had to go through the horrible cancelation of the greatest superhero show on earth to be replaced by a poop stain – pardon my french – it’s been one hell of a ride.

But enough about shows you already know, let’s talk newcomers, let’s talk Star vs the Forces of Evil! 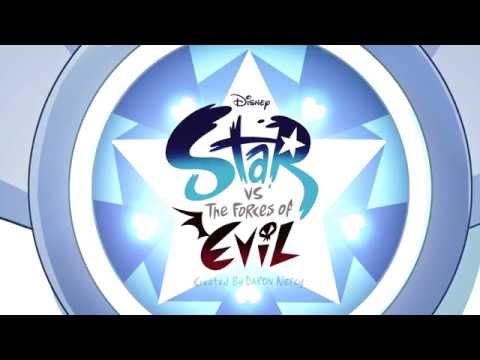 Yeah I won’t get that song out of my head anytime soon.

The show was created by Daron Nefcy, who worked on two cartoons I honestly haven’t watched yet Wander Over Yonder and Robot and Monster, and it pains me to say this but she’s the first woman ever to take the lead on a Disney serie. That… is kind of sad. I mean we all know the old Walt Disney hated women and cats alike but come on, the dude’s long gone now!

Anyway the show follows Star Butterfly, a hyperactive overly-optimistic monster-fighting princess of the magical land of Mewni, who’s sent to the quiet Earth dimension after messing up pretty bad with her newly acquired magic wand. There she’ll meet Marco Diaz, the responsable never-take-chances student, who turns out to be a total badass. And there you have it; two very different yet well-rounded characters. But wait! The forces of Evil have followed Star to earth… Let the wackiness ensue!

You probably got that by watching the intro but this is a show that completely leans towards absurdity, physical comedy and pastel colors. It’s fast paced and boy is it fun! The pilot is a strong episode, introducing the main characters and their growing friendship kicking the evil monsters’ butt, oh and it has puppies that shoot lasers out of their eyes and have hearts for anuses – not kidding here. The second episode introduces Star’s best friend; Flying Princess Pony Head. And I’m gonna be totally honest with you guys, the first time she showed up I immediately thought of Lumpy Space Princess from Adventure Time, but she sets herself appart pretty quickly and by the end of the episode, you’ll be sad to see her go (it’s a tiny spoiler, you’ll live). All in all it’s a very fun beginning of a show and if your dark-gritty-2015 soul can still mustard what’s left of your inner child, go for it!

There’s really only 2 things that bother me with Star vs the Forces of Evil. The first is the voice of our magical heroine, portrayed by Eden Rebecca Sher, you might know her as Sue Heck in ABC’s the Middle. She’s not bad by any means but it didn’t fit right away for me. Thankfully, like Pony Head did, she quickly grew on me. Oh and by the way, Pony Head is voiced by the awesome Jenny Slate, while the big bad of the show is the ever so great Alan Tudyk!

The second thing that annoys me is the intro. Don’t get me wrong, everything is great in it. Well, you saw it for yourself… the catchy music, the ridiculous lyrics, the fantastic animation, and so forth. But it ends on this shot right here. 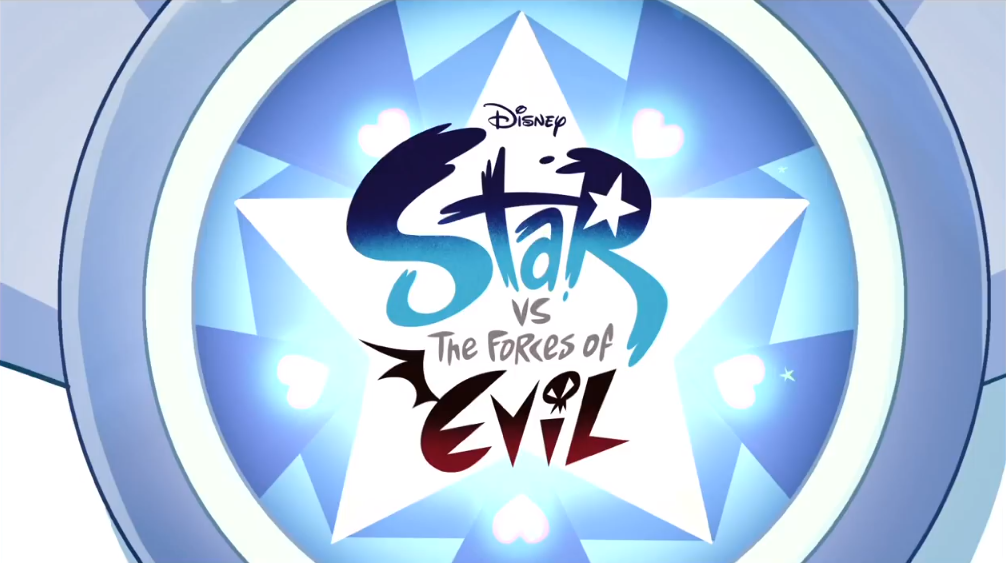 And the sceptre isn’t centered! And it’s driving me crazy! And yes I know it’s a stupid thing to get fixated on but what can you do! Anyway, go watch the show it’s pretty sweet. In fact, it’s pretty AND sweet, how about that?